My key reads from the weekly chart are: 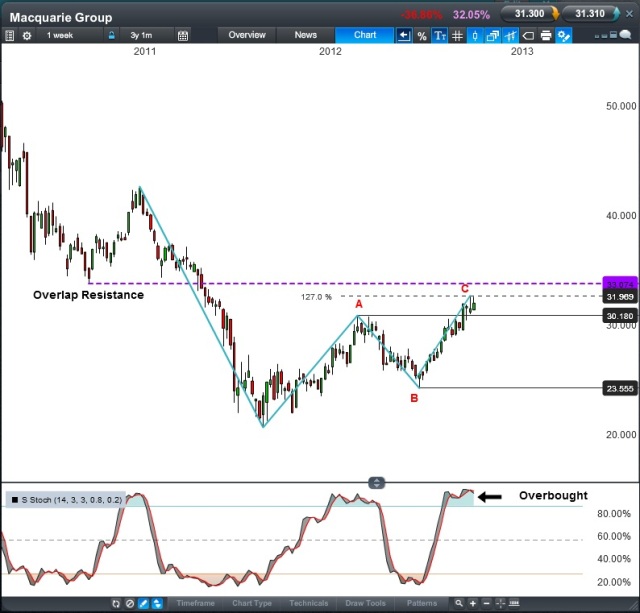 This set up uses RSI divergence on the daily chart.

Price has recently formed a rising wedge formation (blue lines). The potential for this to be a reversal set up is supported by the RSI which is showing good divergence. Encouragingly,  the first peak in the divergence set up was in the overbought zone. 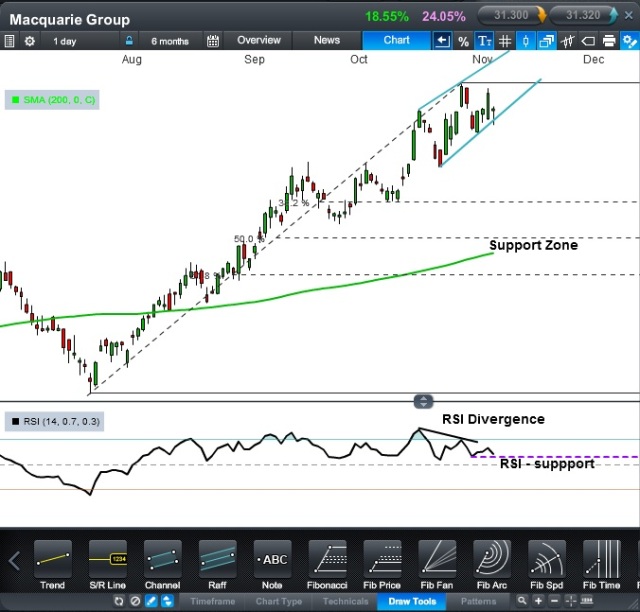 Entry could be once the RSI moves below the dashed support line shown on the chart. A move below this level is known as a failure swing. Having made lower highs, the RSI breaches support and makes a lower low as well.

This is an example of the RSI’s potential as a confirmation tool. The failure swing on the RSI is confirming the potential significance of a break below the wedge support. Today’s candle, for example, did push a little below the wedge support without going on with it. The trader would so far be kept out of this situation because the RSI has not completed a failure swing.

One way of handling this situation would be: